Jenny Tao, the Next Big Thing 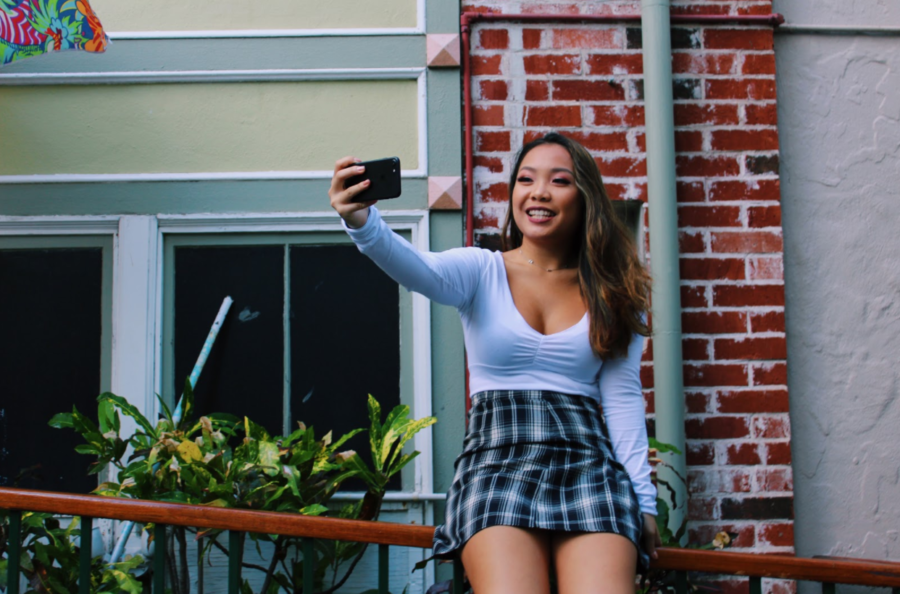 Everyone wants to become the next YouTube star… or, at least, that’s exactly what senior Jenny Tao wants and is setting out to do.

When she’s not shopping the streets of Waikiki or working out at the gym, Jenny is at home working on her long-time dream of having her own YouTube channel.

“Ever since I was a kid, I loved making my own videos in my room… when I was eight, I started watching YouTube and ever since then, it has been a relationship between YouTube and I,” she said.

Jenny is in the process of perfecting her channel “JT Vlogs” where she will mainly post video blog with occasional shopping hauls and challenges.

“My channel is called ‘JT Vlogs’ because my friends call me ‘JT’ and that is also my initials,” she said.

The first “JT Vlog” is going to be released sometime in mid to late December; Jenny is excited yet nervous about potential hate that could come her way.

“Living in Hawaii, everybody knows each other and likes to judge, but all the YouTubers that I watch say to just do it anyway, and things will start to feel more normal as time goes on,” Tao said.

Aside from her aspiring YouTube career, the senior is planning on going to college at the University of Hawai‘i at Manoa to major in business.

If her vlogs become a success, she dreams of becoming an entrepreneur with her own clothing line because fashion is another one of her passions and having a fan base would help boost her business.

“I feel excited for her because she has wanted to do this for as long as I’ve known her and I’m excited to watch her videos,” Huschka said.

Jenny expressed that her goal is to reach “10K” subscribers by the end of the school year. She plans on posting two times a week following her debut vlog, expected sometime in December.

Show support and help Kalani’s next future YouTuber live her dream. You can stay updated by following Jenny on Instagram @jennytaoo or on Twitter @jennytaooo.