Kalani Basketball on top once again 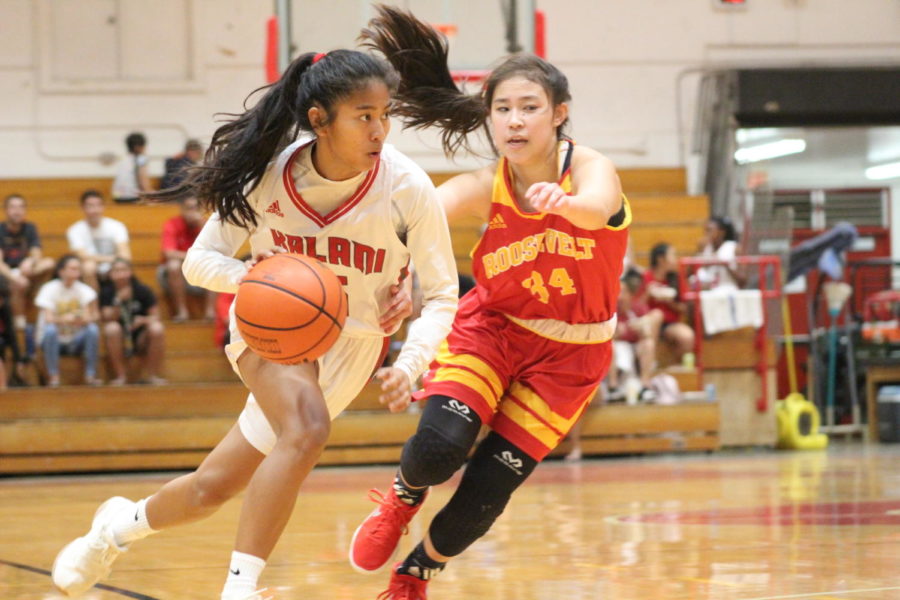 Between the two teams, there were a total of 10 seniors, 11 juniors, two sophomores, and two freshmen.

Every team has a captain or several captains to lead the team in the right direction.

“I felt like that was an important role to partake in because the team will look to you in times of need,” Kaylie Espinas said, one of the captains for the girls’ team.

The captain for the boys’ team, Akira Karasawa, had similar thoughts about his role as a team leader.

“The responsibilities of being a good role model made me become more mature and open-minded for others,” Karasawa said.

Although both teams came out victorious, there were some struggles throughout the season which every team needs to find a way to overcome. Some struggles during the girls’ season were having to deal with injuries and maintaining a strong mental attitude, whereas the boys had to deal with not enough guys putting in 100% effort on everything that they did. Both teams fought through the struggles and defeated their competition to reach their winning goal.

Although Kaylie and Akira are going to be graduating in May, they both learned something from playing the game of basketball.

“I learned that the way you practice is the way you play, and the amount of effort you’re willing to put off the court will show on the court,” Kaylie said. “It’s more of a game against yourself than the other team because you have to keep pushing yourself to play through all the rowdiness and mistakes.”