What defines a good movie? Cinematography? Plot? Score? I would argue that the most important aspect of any movie is the protagonist. 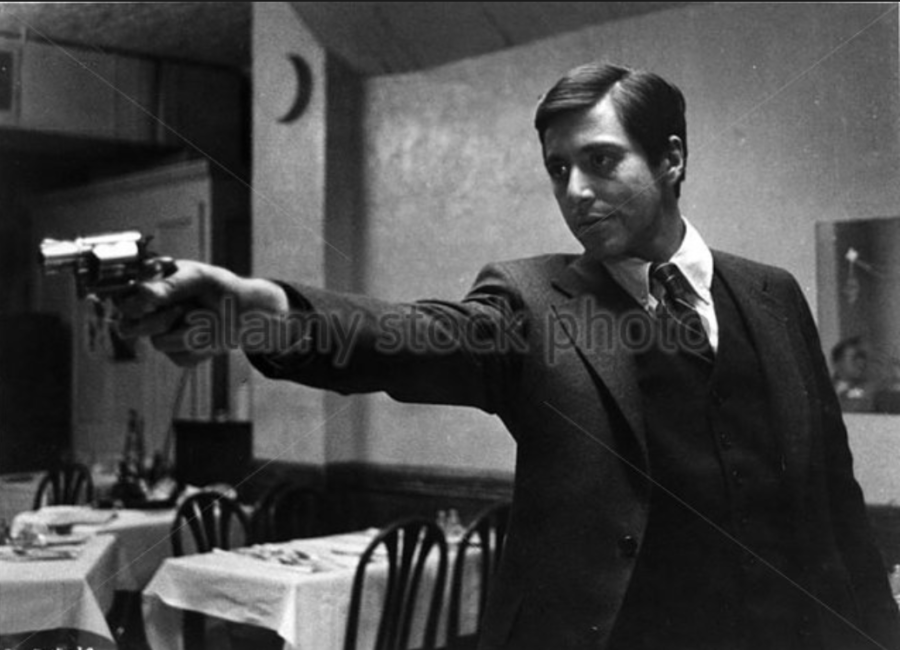 Writing a likable, hateable, or even interesting character to helm your movie can be easy; what’s hard is making sure that they are active in the story.

If you want to find a passive protagonist, look no further than my favorite movie series of all time, Star Wars, and one of their newer entries to the saga, Rogue One. To find an active protagonist you don’t need to look very hard; the movie I’m examining is The Godfather.

Rogue One sports a runtime of 2:15 but remains boring and unimaginative until the Third Act where it finally starts to pick up. The movie has an intriguing opening with beautiful shots of the planet “Lah’mu,” and we see Jyn’s family. Her mother is shot by an Imperial, her father captured, and she escapes to a bunker waiting to be rescued.

After a bunch of cuts involving characters I know nothing about and have no connection to, we see Jyn being freed by rebels only to be stopped when she tries to escape.

Jyn, in a meeting with rebel leaders, is then given and a no-choice choice. “We’re up against the clock here girl, so if there’s nothing else to talk about we’ll just put you back where we found you.” Again this robs our protagonist of any possible choice; either she helps, or the movie ends.

On top of that, they don’t need her for anything important; they just need her to set up a meeting with an old friend, Saw Gerrera. “What we need is someone who gets us through the door without being killed.”

The Third Act entails the assault on Scarif to retrieve the Death Star plans. The large action set piece helps you wash out the bad taste that the other two acts left in your mouth while simultaneously giving Jyn some purpose.

This movie is saved by beautiful cinematography. If it didn’t look as beautiful as it does, I would have nothing nice to say about it. As it stands, Rogue One is one of the most beautiful movies ever shot. However, The Godfather is also shot beautifully AND has an active protagonist who invigorates the story.

Our protagonist, Michael Corleone, arrives on the day of his sister’s wedding. While enjoying a meal, Johnny Fontane arrives, the movie’s version of Frank Sinatra. Michael’s girlfriend, Kay, asks how the family knows him. He tells her how his father Don Corleone strong-armed a band leader into letting Johnny get out of his contract by threatening to kill him.

Michael reassures, “That’s my family, Kay, that’s not me.” Which, during this scene, is true. Michael has just returned home from World War II a hero and has never been involved in the family business.

After an attempt on the Don’s life, Michael seeks to make sure nobody attempts another by killing the men — a crooked police chief and drug lord — who orchestrated his father’s attempted assassination. His brother Sonny laughs off Michael’s long thought out plan to kill these men, telling him not to take it personally.

Michael looks at him, stone cold, and tells him, “It’s not personal. It’s strictly business.” This shows an important evolution in his character. Michael goes from not associating himself with his family business, to willfully engaging in a plot to murder a police chief on behalf of his father.

This shows an important shift in character vital to the movie and one of the reasons The Godfather is so widely loved. Michael goes from a position of distancing himself from his family’s business to being so involved he’s willing to plan murder after murder.

This evolution not only makes Michael an interesting character but a character which affects the subversive world around him. The choices he makes completely distorts and alters his view of reality, as well as the perspective of the audience, as he goes from being a war hero to one of the deadliest men in America.