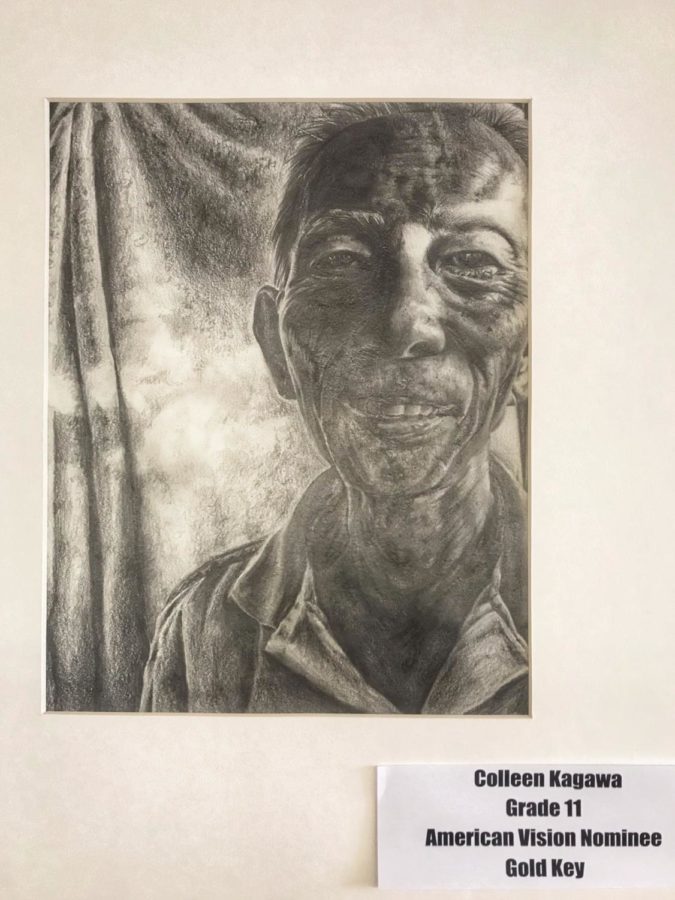 “We were asked to do realism portraits and I wanted to do a picture of my grandfather,” Kagawa said. “He actually was the one who got me into drawing in the first place when I was a kid and so I really wanted to make it as great as possible because I wanted to make him proud and I’m really happy with how the piece turned out.”

Kagawa is no stranger to winning. She also won last year but this year is more meaningful.

Senior Kelsey Lei has also been awarded a full scholarship to the Otis School of Art and Design.