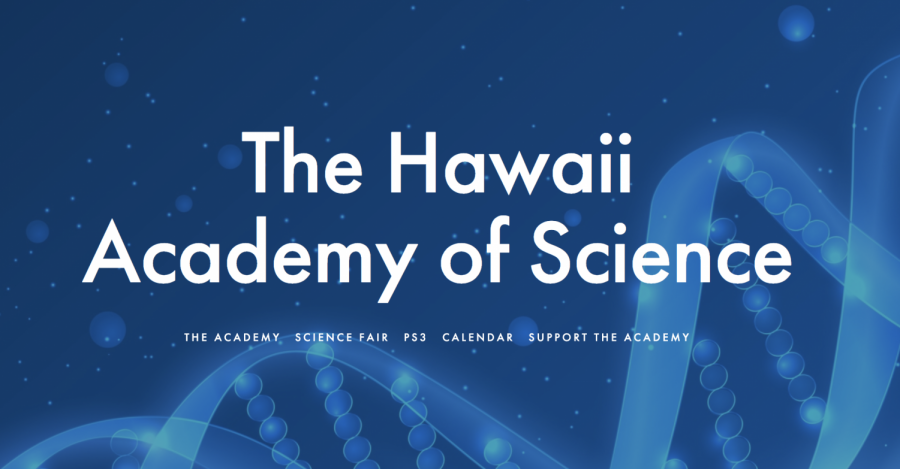 Five students from Kalani High School are participating in the 2020 Hawaii State Science and Engineering Fair. The fair was scheduled for April 8-10 at the Hawaii Convention Center but has moved to a virtual environment.

“The virtual space does have one strength, which is the ability to connect people who do not have the opportunity to physically be somewhere, but it is not a perfect replacement for physically being there,” Kenneth Okawa said, one of the science teachers at Kalani High School who advises participants.

With the ongoing situation with COVID-19, the board chair, Neal Atebara said in a statement: “The safety of our students, their families, judges, and volunteers is our highest priority. The Hawaii Academy of Science (HAS) has been closely monitoring the rapidly evolving developments related to COVID-19 over the last several weeks. The concerns of having a large number of students and judges in close physical proximity have forced us to make significant changes to this year’s Hawaii State Science and Engineering Fair (HSSEF).”

The virtual fair will take place over the course of 2 months now, as opposed to a 3-day fair.

“Together, Bryan [Silver] and I were involved with nine total projects with five advancing to the virtual round,” he said. “They included a range of topics including the eating habits of snails based on circadian rhythm, the use of drones to be able to detect small movements in order to be used to locate people in dangerous locations, and the use of plant extracts in order to prevent the growth of mold.”

Micah Kimura (12), one of the five finalists from Kalani, did a project looking at the effects of constant light on the eating behavior of bradybaena similaris. Katrina Kuo’s (11) project was on the effect of thiamine on hedera helix to inhibit rhizopus stolonifer fungus. Regina Lee’s (11) was on investigating the geometric shape of the polylobate sclereid cells and a need to understand its potential structural benefits. Lana Lubecke’s (11) project is called Life READER and the goal of this project is to create a radar system that detects and measures respiration accurately, even on a flying drone. Mija Wheeler’s (11) project is called the Joystick Joyride; the goal is to modify a 12-volt ride-on car for impaired children.

“Kuo’s plant project was one of the more interesting ones,” Okawa said. “She was working in a plant lab over the summer and decided to try to incorporate her experience in a way that can address a large problem, the growth of mold. Most, if not all, of her project was completely self-directed. The only thing we really did was to make sure she had the materials she needed, that her scientific writing was cohesive, and her project was safe.”

The Hawaii Acadamy of Science mentioned that students perform scientific studies, plan a display board to illustrate the study and present their results at the annual fair to scientists and community groups. At the State Science Fair, where the top five projects are chosen to represent the State of Hawaii at the International Science & Engineering Fair (ISEF) held in May of each year, a percentage of chosen projects at the district level are given the opportunity to compete for cash, scholarships, and other awards.

“The most amazing part is that some students will take on these types of projects, maybe not knowing how difficult they are, that have real-world implications,” Okawa said.

You can view the projects HERE at the Hawaii Academy of Science’s student corner website.