Who was Ruth Bader Ginsburg & why is she on the news? 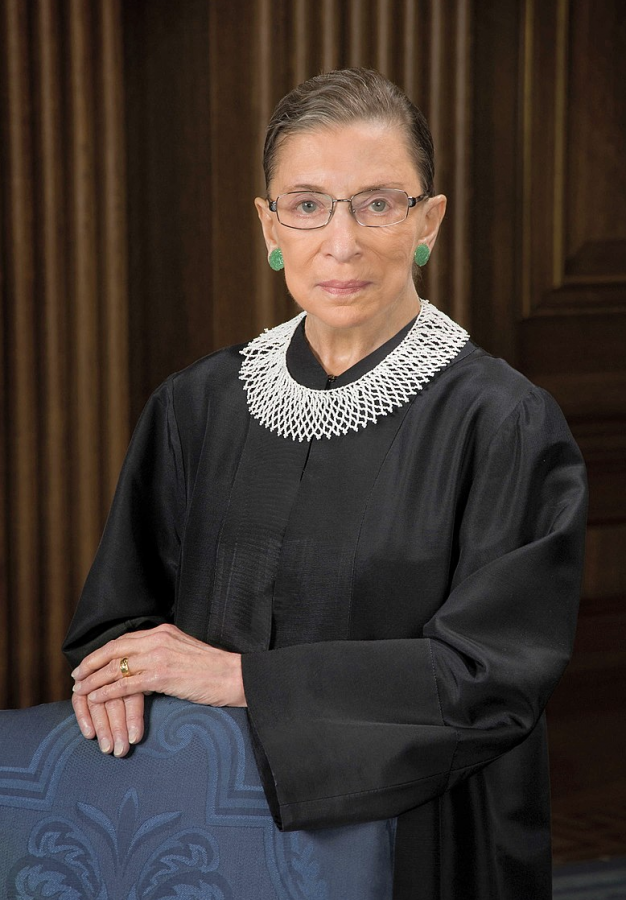 Ruth Bader Ginsburg, Associate Justice of the Supreme Court of the United States. This is the official SCOTUS portrait in the public domain.

November, and 2020 in general, was chaotic; America held a presidential election on Nov. 4, and the head of the Supreme Courtʻs liberal faction passed away.

“My most fervent wish is that I not be replaced until a new President is installed,” Bader said.

Nonetheless, her spot on the Supreme Court was vacant and left a power vacuum; former President Donald Trump nominated Judge Amy Coney Barrett, a far-right Republican and conservative, to fill it.

These events revealed that some teens donʻt pay much mind to American politics.

“I have no recollection of who she is [Ginsburg],” Meggan Le (11) said. “I havenʻt seen her on the news, but maybe thatʻs because I donʻt watch the news much.”

She added disparaging remarks about President Trump and his conservative supreme court nominee.

“From what I learned, the supreme court is a judicial branch of government,” Le said. “Besides the basics, I hardly recall much about it. Maybe schools shouldʻve gone over this for more than a couple weeks.”

Other students said they had heard of her but didn’t know much about her.

“Who is who?” Ashlee Fong (12) said. “She was an older lawyer lady. I honestly donʻt know of anything going on in politics. I guess I never cared. Still donʻt. Itʻs sad she passed away, though.”

In the Courtʻs 212 year history, Ginsburg was the second female and first Jewish female justice. She also became the longest-serving Jewish justice and championed to eliminate gender-based stereotyping in legislation and regulations.

“Yes, I know her. Itʻs disheartening to hear many people donʻt know of her,” Lucy Fagan (11) said. “She did a lot for pushing womenʻs rights, the LGBT+ and such.”

Fagan admitted, however, that she didn’t know much about her before she passed away.

“Iʻve learned more about her and what she was doing and I think it’s scary and sad,” Fagan said. “I think itʻs horrifying whatʻs happening in the wake of her death. Your rights shouldnʻt be revoked because one person died.”

“She was very important to womenʻs rights and was a liberal icon,” she said.

Fagan and Fong are right-leaning liberals and seemed disheartened at Ginsburgʻs passing.

On the other hand —

“Itʻs hard to lose a matriarch,” Brady Helsel (11) said. “Iʻm sure she was a cornerstone of the family.”

The Republican-Conservative interviewee seemed sympathetic towards the Ginsburg family. He then discussed Trump’s policy and his nomination of Judge Barett.

“On the topic of RBGʻs death, a bunch of people are bashing President Trump, on his ʻnot honoring her final wish,'” Helsel said. “Itʻs not up to the dead judge to decide how the next person gets in [elected]. Itʻs got something to do with the constitution or whatever. The government is not a Make A

He didn’t let his politics, however, tarnish his respect for Ginsburg.

“Although we had differing opinions on a political spectrum, RBG was pretty cool,” Helsel said.