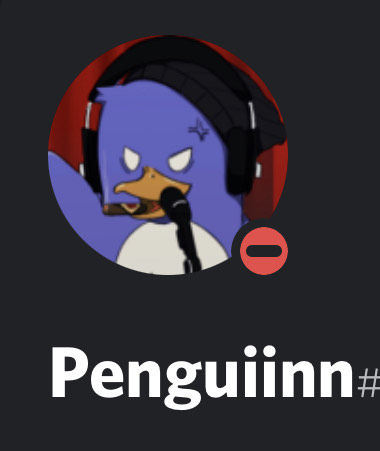 Penguiin prefers anonymity and refuses to turn on his face cam when he's online. He doesn’t send pictures or uses photos on his stream. This is the logo he uses for all of his social media. Courtesy of Penguiin, via Discord.

World Champion: a word that gets people aroused and excited, a title given to only the best of the best.

Paladins Heroes Of The Realm, made by Hi-Rez, recently had their very own World Championship tournament. The league functions in three different regions: North America, Brazil, and Europe.

The winning team of each league is given the title of “World Champion.” For example, North America’s top team gets a “world champion” title. A total of 10 teams participate in the league for each region. The team from North America that came out on top was Team Snappin.

Team leader Penguiin is a 24-year -old male who lives in New York City. He was the leader and official captain for World Champion Team Snappin.

“It was truly an amazing time playing for the league and with the players who were in it,” he said about his experiences playing in the Paladins community.

He was hoping Team Snappin would return next season to defend their title but, like many other players, he was disappointed.

“Sadly, there will be no Esports Paladins next season,” he explained. “All I hope for is that the players who still have a competitive spirit in their hearts can find a new game or league to compete in. I wish them all the best.”

The official Paladins Twitter account announced that they would no longer fund the league for Paladins, thus leading to the retirement of many pro players. This was a heartbreaking announcement to many who played in the league for the past 2 years as well as for new players hoping for a shot at the league.

Penguiin says he started playing Paladins competitively when the league was first announced.

“Overall, I think I’ve been in the competitive scene for about a year,” he said. “As for what I will do after, I’m not sure. It will take me some time to find another game that I can put my heart into.”

Penguiin says his team wasn’t even good enough to make it into the league at first.

“My team tried for the league in the first season and sadly didn’t make it in,” Penguiin says. “However, scrimming every day, reviewing our games, getting coached, getting experience, we eventually made it into the league in the second season tournament.

This is a perfect example to show how hard work and perseverance can change you into something amazing. Team Snappin went from a Tier 4 team of nobodies into a team of World Champions.

The World Champion team leader from North America has tons of good advice for Esports players, starting with his tip for choosing a team.

“Take whatever you can at first and give it a try,” he says. “Then after, try to go onto a different team if they do not meet your expectations.”

Penguin’s World Championship winning team was put together without the players really knowing each other. He says leadership is a huge factor when it comes to participating in the Esports scene.

He also explains that it’s important to keep team morale high because it leads to better performances.

Even though he was the official captain, he says all players should be prepared to be a leader of some sort.

“If there is nobody on your team who has the balls to speak up, be that person, be the light they need,” he says.

He also, surprisingly, urges players to develop an ego.

“I know this may sound scummy and stupid to many people but, an ego can win you games,” he argues. “My ego makes me play better in every way possible. I tell myself and my teammates we are the best. The other team is complete trash, and we are the best, and it raises team morale.”

Penguiin was on a team that consisted of five members, including himself.

“He was definitely the star of our team,” player “B0NES” (Co-Captain of Team Snappin) said. “He was the one to hype us up and lead us to the best we could be.”

Stigma, the Damage player for Team Snappin also had high praise for Penguiin.

“He made all the shot calls all I needed to do was listen, and it worked out for me,” Stigma said. “I really was blessed to have such a good teammate on my side.”

Wealth is one of the most important factors of Esports to a lot of players. However, that was not the case with this team. They entered the scene to have fun. They didn’t even know that there was a prize pool.

“To be honest, we were just a bunch of competitive idiots who wanted to play Paladins competitively,” Penguiin says.