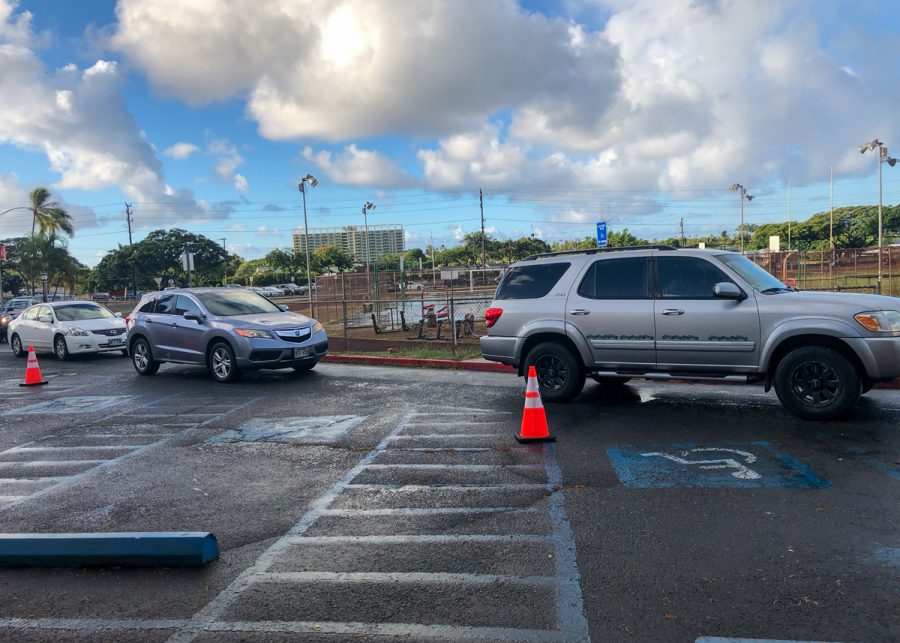 A long line of cars circle the track on Sept. 13 as parents wait to drop off their students at Kalani. Photo by Leilani Phan.

Morning and after-school traffic jams on campus are well known to students, parents, and teachers at Kalani High School. Will it be like this for the rest of the year?

In the midst of the pandemic, some parents report that they don’t feel comfortable letting their children take the bus to and from school; instead, they opt to personally pick up and drop off their children at school.

“We noticed that the traffic after school, for example, the first two days of school, it took about 40 minutes for traffic to get sorta reasonable,” Principal Otani stated.

According to Principal Otani, dropoff and pickup traffic has increased with the pandemic. Before COVID19, more students were taking the bus to school.

“I see students that are walking to Kahala Mall, more of the normal routine that we used to have,” Principal Otani said.

After-school traffic only lasts 20 minutes after the last bell rings, according to the principal.

He also said traffic gets better in the second semester because more seniors get their licenses and start driving to and from school.

“Be patient and be safe,” Otani stressed.