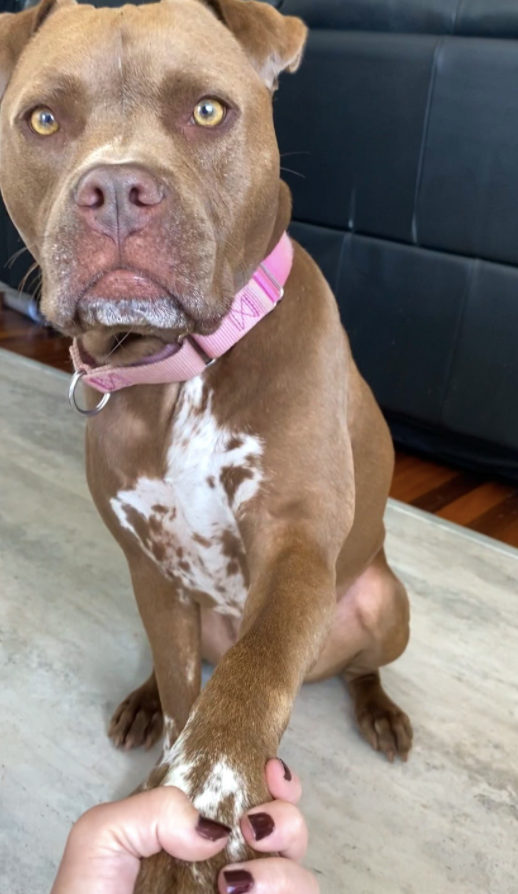 Tris is a four-year-old pit bull mix adopted from the humane society because of her bubbly personality and has already mastered five tricks, such as shake. The "adopt don't shop" slogan started from Last Chance for Animals (LCA) in Los Angeles and aims to dissuade people from purchasing a dog from a breeder or puppy mill. Every year, an estimated 1.5 million adoptable shelter dogs and cats are euthanized in the United States, according to the American Society for the Prevention of Cruelty to Animals (ASPCA). Every time an animal is adopted a space opens up in the shelter, also allowing another animal’s life to be saved. If it was ever a consideration to get a pet, please adopt from a local shelter or rescue and help find them their forever home. Photo and caption by Kylie Tanimura.