Mental Illness: From Stigmatized to Glamorized 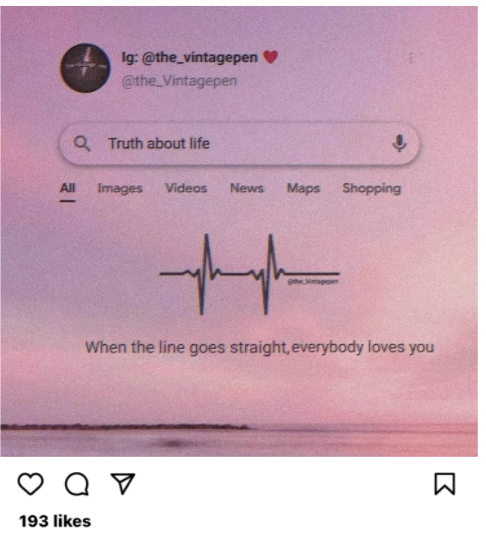 A poll by Statista reported that over 3.6 billion people globally used social media in 2020 and predicted this number to increase to about 4.41 billion by 2025.

Along with the rise of social media, there’s been a dramatic surge in mental health issues among the younger population. According to the World Health Organization (WHO), 20% of children and adolescents worldwide struggle with a mental health condition, with suicide the second-leading cause of death among 15- to 29-year-olds.

Social media’s influence on society is substantial. Online, a single thought can be translated into a post, tweet, or video and shared instantaneously with billions of users worldwide. According to the National Center for Biotechnology Information, there is an “increasing trend in the awareness of mental health with the effective use of digital media as a platform for disseminating information.”

This enhanced ability to communicate and connect with people worldwide has helped foster more awareness of mental health issues. It’s also given those battling mental illness a place to connect with others.

However, research suggests that social media romanticizes rather than de-stigmatizing mental health.  Now, being mentally ill is trendy, quirky, and unique. According to a  University of Balamand study, anorexia, self-harm, depression, and anxiety disorders are portrayed in a glamorized light online and promoted as desirable.

The tragic realities of these fatal illnesses are hidden behind a facade of heart-tugging quotes, images, and videos romanticizing the beauty in sadness.

“Being anorexic is now foreseen as being in control, anxiety disorders are being portrayed as cute, and depression is seen to reflect intellect and depth,” the study states.

The impacts of this twisted portrayal of mental health are severe. The study describes how social media’s false representation of mental illness can worsen and complicate acute mental conditions in teens and adolescents.

In one case study from the report, a teen describes how social media’s depiction of mental illness led him to fall deeper into depression and suicidal ideation. The “seemingly deep and poetic” images he saw online depicting self-harm and depression “aggravated” his condition by convincing him that he was “alone and socially outcast.”

Casual misrepresentation of mental illness is just as harmful. The extent to which mental illness has been normalized online gives those legitimately struggling with a mental health condition the false belief that their experience is common. Being mentally ill is not “the norm”, but that’s what it’s become online.

It may seem impossible to think of such debilitating disorders as desirable, but our need to feel included is enough for this desire to become a reality. Consequently, research shows that perfectly healthy children and teens often develop real disorders through an obsession to portray a glorified version of it.

We have entered a new era of mental health that is chronically fueled by social media. While this change may be permanent, the problem it presents is not a hopeless undertaking.

One step we can take to address it is implementing mental health education in schools.

Children and adolescents need to know what mental illness genuinely looks like and how to cope with it in healthy ways. With this knowledge, they’ll be able to differentiate between social media and reality. Through proper mental health education, we can overcome the dangerous misrepresentation of mental illness online and begin to address the mental health crisis.