The Rules of Friendship

When I was 4, I made my first friend. We stood in line for lunch at the cafeteria on our first day of kindergarten. We were big kids now, and I knew it was time for me to take things into my own hands. So without any expectations, I turned to the little girl next to me and asked, “Do you want to be friends?” 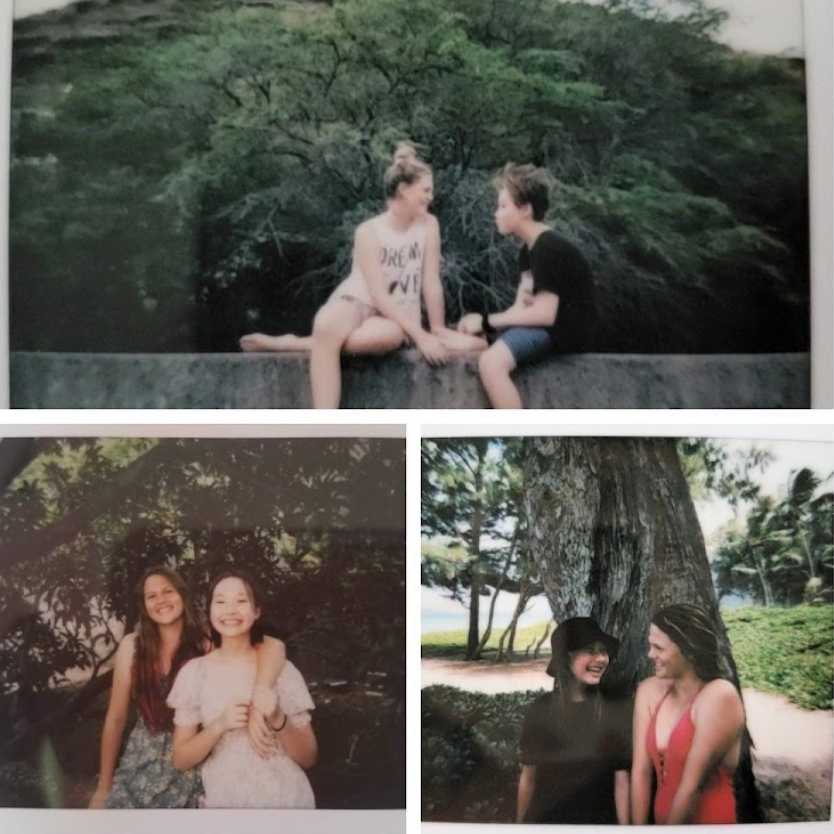 The collage above shows my friend Tessa and I through the years. The best way to learn about friendship is through experience. I would have never grown as a friend or in my ability to make friends without people like her.

The next week, we were best friends, playing together on the monkey bars after school and cooking gourmet meals at the “kitchen” during center time. I didn’t bother trying to make any more friends. I already had a friend, I remember thinking, why would I need more?

In my 4-year-old mind, my first friend and I would be friends for a long time, so I wouldn’t have to worry about finding anyone else to play with. I soon learned that that’s not how kindergarten worked to my little heart’s demise.

One day at recess, sometime during the middle of the school year, my first best friend turned to me and said, “Why are you following me?”

The question confused me; I wasn’t following her, we were playing together.

“Cause you’re my friend,” I said back.

“Well, stop following me,” she said plainly, before running back to a group of kids playing near the monkeypod tree.

At that moment, I didn’t fully understand what had happened. I later realized that I could lose friends just as easily as I had made them.

There were many things that I didn’t understand. I wondered what I had done wrong when I lost my first best friend. It took me a much longer time to realize that it isn’t always your fault when you lose a friend.

In kindergarten, I realized that keeping friends would be much harder than making friends.

For the rest of the year, I played by myself during recess.

When I was 9, a new girl joined my class in the middle of third grade. I was ecstatic.

Although I already had four years of experience making friends, I was still finding it difficult to keep them. This year, I’ll make a friend, I had promised myself.  No, I’ll make a best friend.

But I had already tried making friends with the kids in my class; that ship had sailed a long time ago.

When the new girl joined, I knew this was my chance. By this time, I had learned the basic rules of friend-making.

Rule #1: After kindergarten, you can’t just ask people to be friends.

You’d think that would complicate things, but I wasn’t worried. This time, I had a plan.

I frantically introduced myself to the new girl when I had the chance and practically lost my breath from talking so fast. I smiled at her as I spoke, bouncing eagerly on my heels.

I invited her to play with me at recess, showed her around the tetherball court, and taught her everything she needed to know about 3rd grade.

This was it. I was doing everything right. I was being so nice to her; there was no way she wouldn’t want to be my friend.

I could feel myself on the verge of a breakthrough. Then, at hula practice after school, my luck skyrocketed. When I entered the room, she was there, standing amongst the crowd of girls. I couldn’t contain my excitement as I rushed over to greet her again.

“This is great! We have hula together!” I said.

I started to go on but hesitated when I met her eyes.

I noticed the exasperated expression on her face and suddenly realized that I had made a mistake. She looked at me as if I were a pest, a whining mosquito who she wanted nothing more than to swat. I don’t remember what she said to me, but the look in her eyes made it very clear that my efforts to make a friend had failed once again.

This brings me to rule #2: Don’t try too hard to make friends.

That had been my fatal mistake. Back then, I thought that being overly nice would be my greatest asset when it came to friend-making, but I couldn’t have been more wrong. To the new girl, it was way too obvious that I wanted to be her friend. What in my eyes seemed like being friendly and likable had instead come off as weirdly obsessive and desperate.

In 5th grade, my luck finally turned. I became friends with a girl who had transferred to my class the year before. Had my rules of friend-making actually worked?

I didn’t ask to be her friend or try desperately to get to know her; something just clicked. Suddenly, we were playing together at recess and sitting with each other at lunch. On weekends we had sleepovers and stayed up long into the night talking, confessing our deepest fears and secrets, and planning our future together. We were no less than inseparable.

The 3rd rule of friendship is as follows: Not every friend you make is going to be–or should be–your “best friend forever”.

As you might’ve guessed, my 5th-grade BFF and I are not friends anymore. We went to different schools, made new friends, and drifted apart. By the time I was 13, I didn’t feel the same connection to her that my 11-year-old self did, but the last thing I wanted to do was give up the one thing that I had worked so hard for: a friend.

In elementary school, someone who called me their friend immediately earned that title, whether they deserved it or not. The way I saw it, I couldn’t afford to be selective if I wanted to have friends at all.

What I didn’t realize at the time was that what a friend really went far beyond a label.

My 5th grade BFF was no longer my friend, regardless of what we called each other. She only reached out to me after falling out with her other friends, and although there were times when we still enjoyed each other’s company, she was controlling, self-centered, and mean more often than not.

I held on to that friendship for 3 more years before I learned the final rule of friend-making: You should never hold on to a friendship at the expense of your own well-being.

In a real friendship, you are not responsible for the other person’s happiness. This was very hard for me to grasp for a long time. Way before I finally dug up the courage to cut off my 5th-grade BFF, I knew that the relationship was doing more harm than good. But every time she’d text me to say how much she missed me, how lucky she was to have me as a friend, and how it would mean the world to hang out with me again, I felt bound to her. I felt guilty for not feeling the same way– for all the times I didn’t return her calls or made up excuses not to see her.

It took a real friend– someone who listened to me, made an effort to understand me, and made me feel like someone deserving of a friend – to finally find the strength to let her go.

This friend was a person who I never had to pretend around. Being friends with her felt effortless.

I no longer felt the need to prove that I could make a friend or, more importantly, that I was someone who others would want to befriend. She made me feel complete. For once, I felt content with the person that I was.

Still, I was far from being an expert in friend-making.

The rules of friendship will undoubtedly grow with me as they have throughout the years and as I continue to learn from every friend I make about the ever-complicated yet emphatically simple world of friendship.