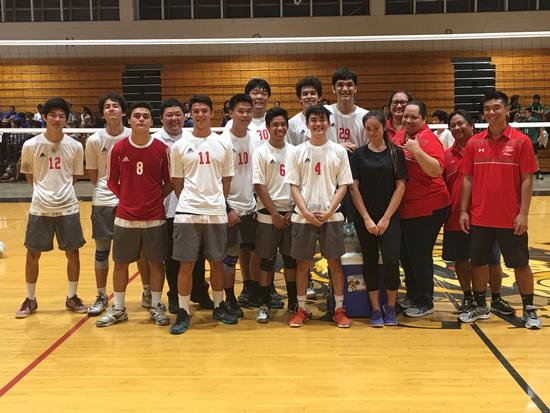 Boy’s Volleyball is back

The Kalani boys volleyball team recently participated in the McKinley tournament, winning first place in the Silver Bracket. Overall, the team only lost three sets, showing their skill and ability to overcome adversity.

“I feel like we played very well against the other team’s,” defensive specialist/libero Weylin Pada said. “I think we’re all starting to get to know each other better, and learn how to work as a team.”

The tournament had various ranks, including Gold Bracket, Silver Bracket, Bronze Bracket, and unranked. The boys were able to make it into the Silver Bracket after losing to Kaimuki.

The volleyball team is currently 1-1 for the season, losing their first game to Kahuku before coming back to win their second game at Roosevelt. Most of their games take place on Tuesdays and Thursdays.

Come and support the Falcon Boys Volleyball Team this season.