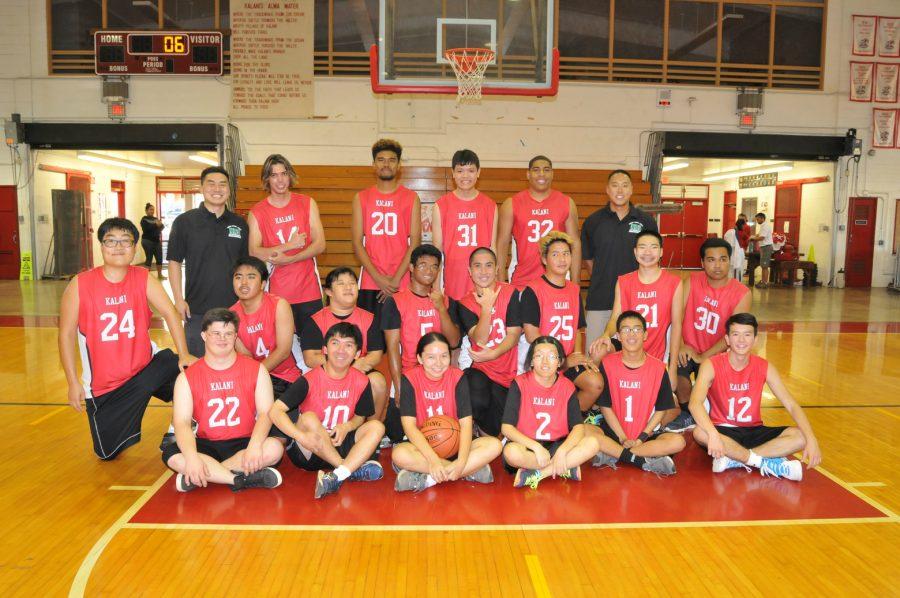 Kalani High School hosted an inaugural interscholastic inclusive basketball game on April 28 and May 6, 2016. The games were between the Kalani Falcons vs. Roosevelt Rough Riders. Kalani aka “Mighty Falcons,” is coached by Kyle Kawada, Blaise Kise, with student coach Miles Hannon and student coach Shawn Bohannon. Coach Kyle Kawada sent a letter to Matson and had Matson to sponsor the basketball games.

The Mighty Falcons had Kalani’s support by their side at both of the games. They had sport teams, Kalani staff, and the Kalani pep band to show the support and the cheers. The student coaches and the coaches also supported the Mighty Falcons.

Coach Blaise became a coach because these students would have an opportunity to represent their school. Coach Blaise’s favorite part of coaching was, “seeing the students succeed and being able to help them be successful not only in basketball but in life as well.” Coach Blaise learned to be more patient and understanding.  He also learned how to differentiate instructions and drills to accommodate the players. Some of the challenges of coaching was, “being able to find how to connect with the different players and  building that trust and relationship can be hard at first but once the players are comfortable with me and trust me coaching becomes a lot easier.”

Even though everybody at the games were having fun, the players had the most fun. Shun says that he, “enjoyed playing basketball with his friends.” Aubree also, “enjoyed playing basketball with friends and also enjoyed passing the basketball to her teammates.” After the games, some of the players felt great and happy because they got to play on a basketball team but some other players felt tired because of playing the game of basketball. When you are playing a game, there is always going to be challenges to the game. Some of the challenges the players expressed were, “shooting, playing defense, and running.”  Some of the players of the Mighty Falcons such as Rachel said, “I want to play basketball next year again!”
Until the next game, Go Mighty Falcons!