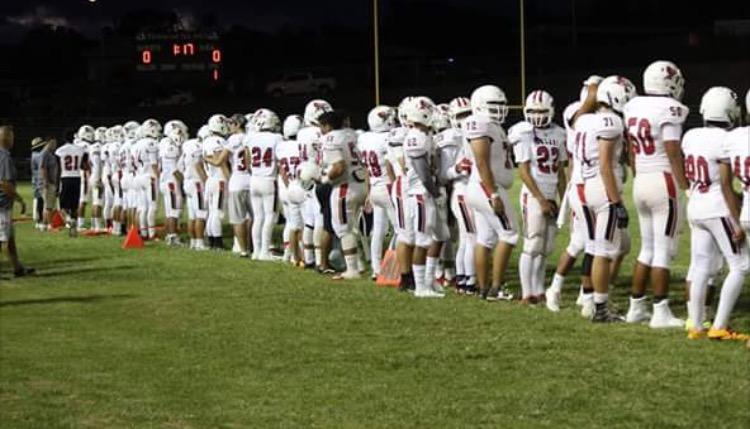 The Kalani Falcons football team opened their season against the Pearl City Chargers, playing at Aiea High School on Friday.

The varsity team came out strong. Despite the defense putting in major work, the Pearl City Chargers scored a touchdown late in the first quarter, putting them up a score going into the second quarter.

Early in the second quarter, Kalani quarterback Seth Tina-Sobarano ran in the ball for a touchdown, making the game all tied up.

Later, a touchdown pass to Ikaika Andaya led to another touchdown at the end of the half, putting the Falcons up 14-13.

The third quarter went considerably well for Kalani, with the defense working hard to create stops. Early in the fourth, Kalani scored a touchdown with 11:53 left in the quarter. The extra point attempt was blocked by Pearl City.

At this point the game seemed within reach for the Falcons, but the Chargers came back strong. Pearl City scored a touchdown with 7:54 remaining, with a successful two-point conversion. They were up 28-20.

The Falcons tried to come back and score, but was ultimately unsuccessful. The Chargers scored a touchdown with 1:23 remaining, making the final score 35-20.

The Falcons look to bounce back from the loss on Saturday when they play the Kaimuki Bulldogs. Despite the loss, the season opener showed the Falcons’ tenacity and heart- only a glimpse of what is to come later in the season.