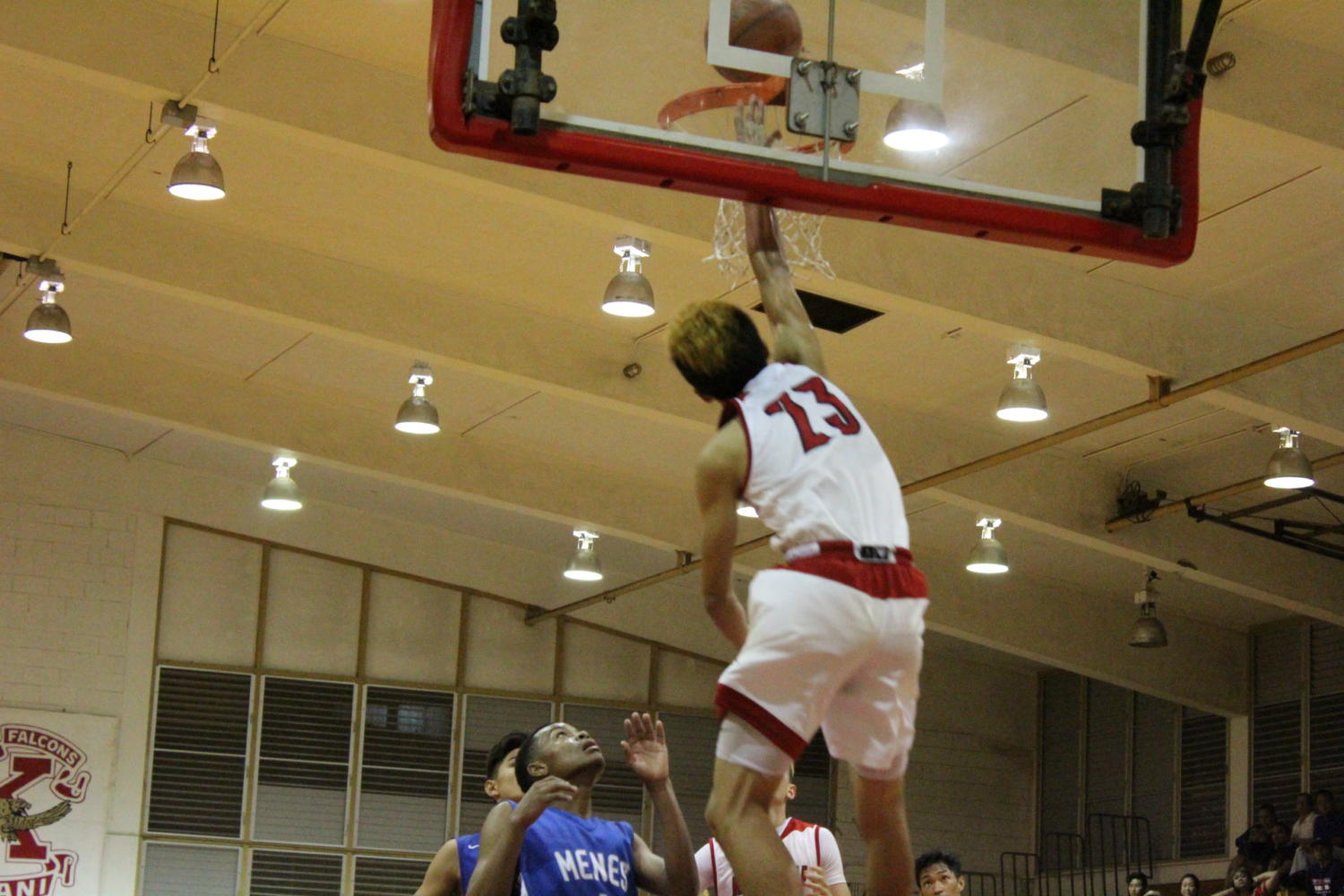 Kalani High School Boys Varsity Basketball team had a very successful season during the 2016-2017 school year. The Division Two East basketball team went 8 wins and 6 losses in the league and 16 wins and 11 losses overall in their season. They had two quality wins against Division One East teams and beat all of the Division Two East teams except Farrington. This year’s roster contained a total of 6 seniors, 7 juniors, and 1 sophomore.

Compared to last year with the 6 transfers on the team, this year there were no transfers and everyone was close to one another and the chemistry was better. The basketball team went off the island to play in a preseason tournament on the Big Island, which helped with the chemistry. The right chemistry between the whole team led to being OIA Champions and runner up in the State Championship. The leadership from seniors: Jaemi Harris, Micah Kawano, Toby Mitchell, Evan Weng, Trey Sumida, and Christian Salas showed the other players on how to be resilient and overcome the challenges to get back to the OIA Championship game and finish the game with a win since last year’s OIA Championship game fell in the hands of Roosevelt after a game winning basket.

This basketball team during the 2016-2017 school year came out as successors and did not give up until that final horn sounded. Hopefully next year’s basketball team for the Falcons has the same fight and the same goal to be OIA Champions again.