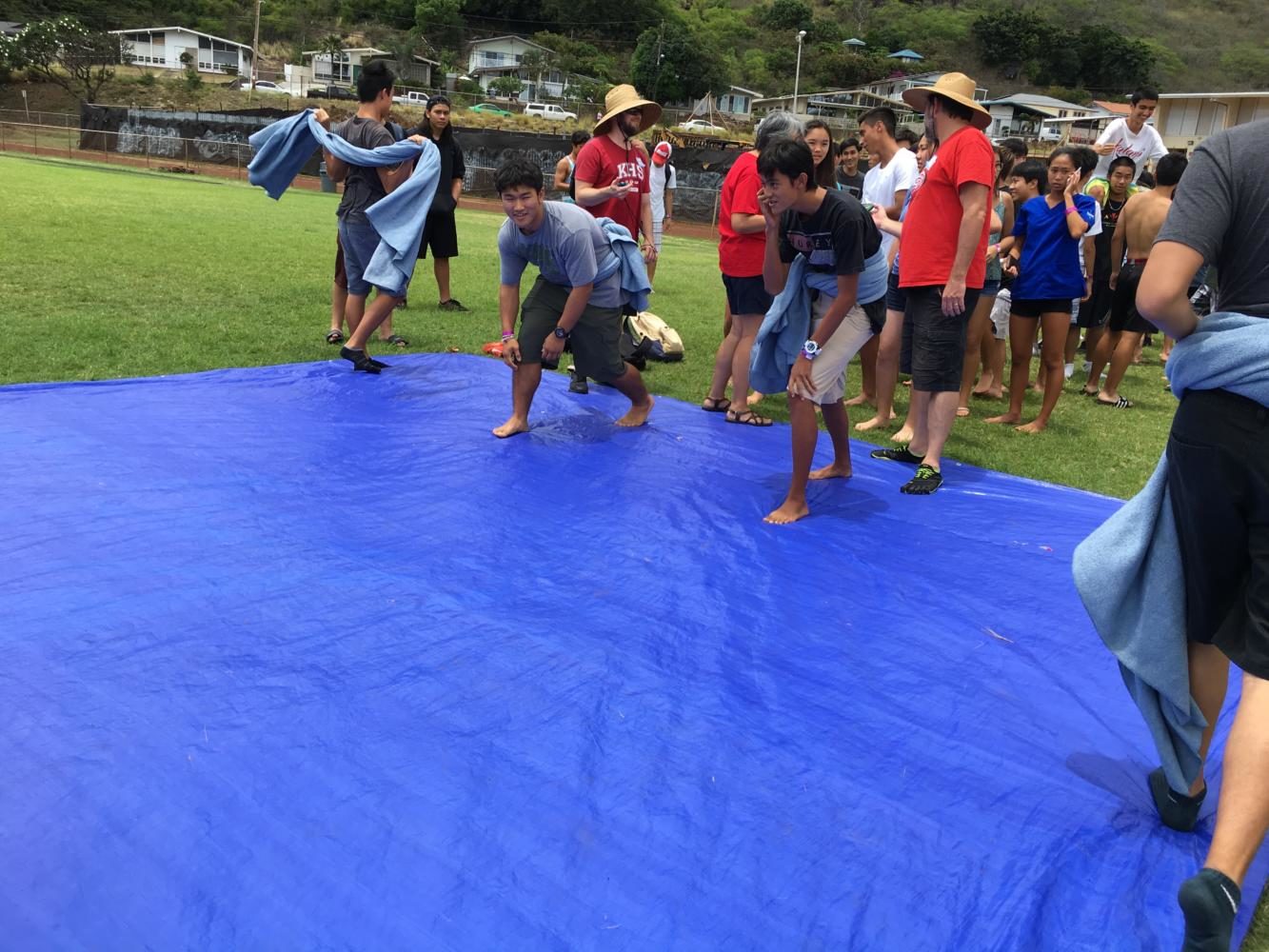 The first ever Falcon Fair was on Friday, April 28, 2017 at Kalani High School. There were students that thought that this fair was going to be really boring and a waste of time but the Falcon Fair proved all of the doubters wrong. The fair was filled with things that everyone could enjoy such as food, games, and etc.

The fair had wonderful food such as steak or chicken bowl from KAS, chocolate covered bananas and li hing pineapples from the Juniors, deep fried oreos and funnel cakes from FFA Club, and many more. There were also games that were made by students and staff at Kalani such as basketball, balloon pop, and ring toss. Students were also able to get henna tattoos and balloons.

One of the favorite things to do at the fair was the dunking booth where you can dunk several staff members such as Mr. Wong, Mr. Okawa, Mr. Moody, Mr. Reis, Mrs. Asato, and Mr. Higa. Another popular thing to do at the fair was the water slide and the obstacle course where you could race your friends to see who is the fastest and both of the attractions were both free with a long line of students waiting for their turn of fun. But if you were the kind of person that does not like to have fun outdoors, there were also indoor games like chess, checkers, Jenga, Chinese checkers, and a bottle flip game.
In the end, everybody had fun at the first ever Falcon Fair and since it was a success, hopefully they will have this Falcon Fair again next year.