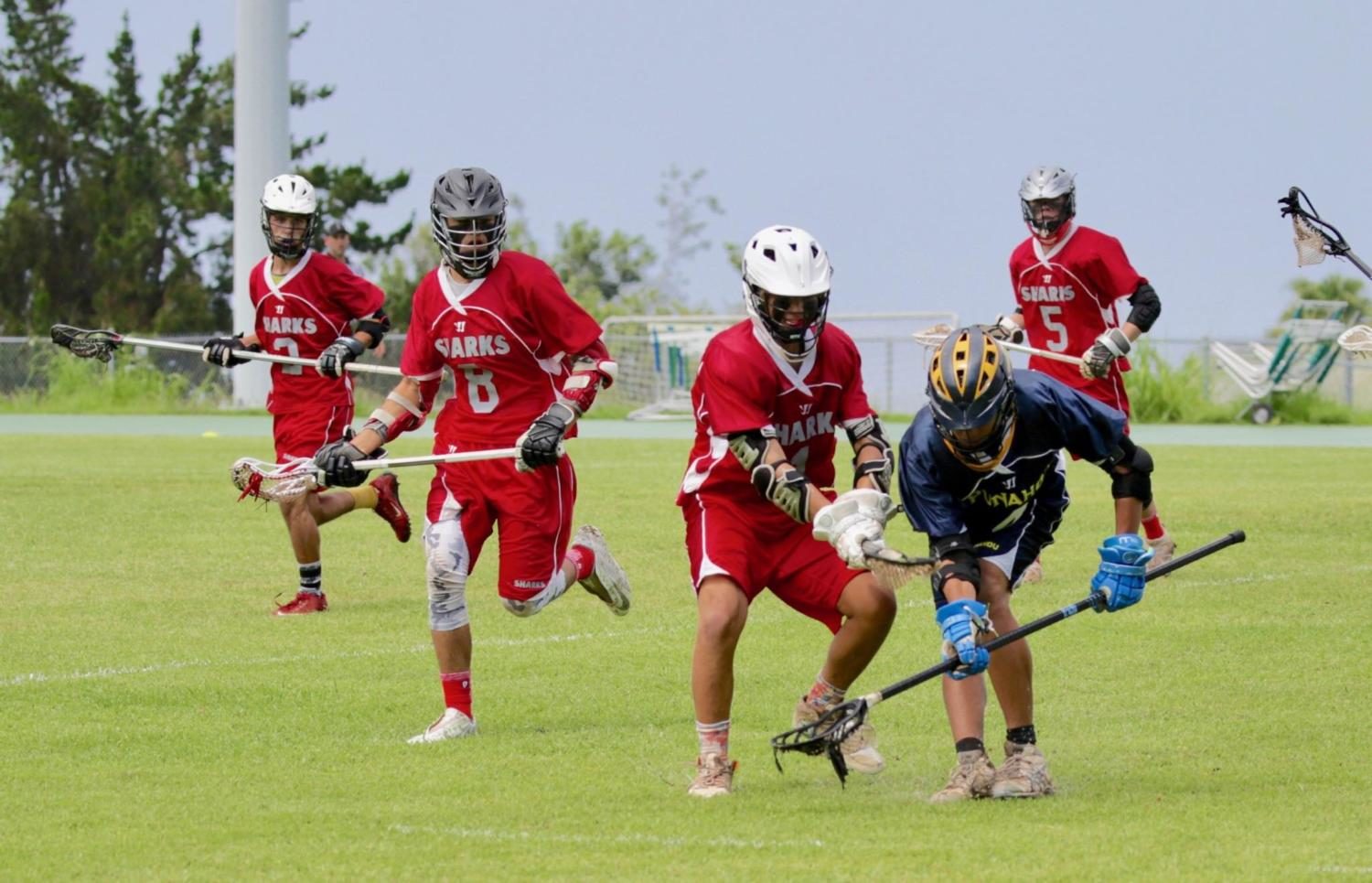 Congratulations to lacrosse player Elvis Downing, a freshman at Kalani High. This Falcon was a vital player for his team, the Honolulu Sharks, this Sunday as they competed against 3 other schools for the Founders Cup. The Sharks defeated Punahou, 9-7 for the state championship. Elvis’s team of 11 was greatly outnumbered by their components (Punahou, HPA, and Konawaena) with all three teams fielding over twice as many players. Elvis played both offense and defense throughout the game and contributed significantly to the teams win. “The players quickly adapted to new positions to come up with an outstanding victory,” said Mrs. Downing, “they had only 10 players at the beginning of the game, the minimum required.” All this hard work paid off, because the Sharks won the Founders’ Cup, a 30,000 dollar cup made of wood, for the 3rd year in a row. Elvis says he initially joined lacrosse because all his friends on the mainland did it, but stayed because it’s a really good team sport that’s highly competitive. He thinks that the win from his team was accounted to the amount of motivation they all had as they had the fewest players out of all the teams. Elvis hopes other Falcons will consider joining the lacrosse club next year as they fight to win the state championships again. Elvis will be playing in an exhibition game this Sunday May 14, 10:30 am at Kapiolani Park.