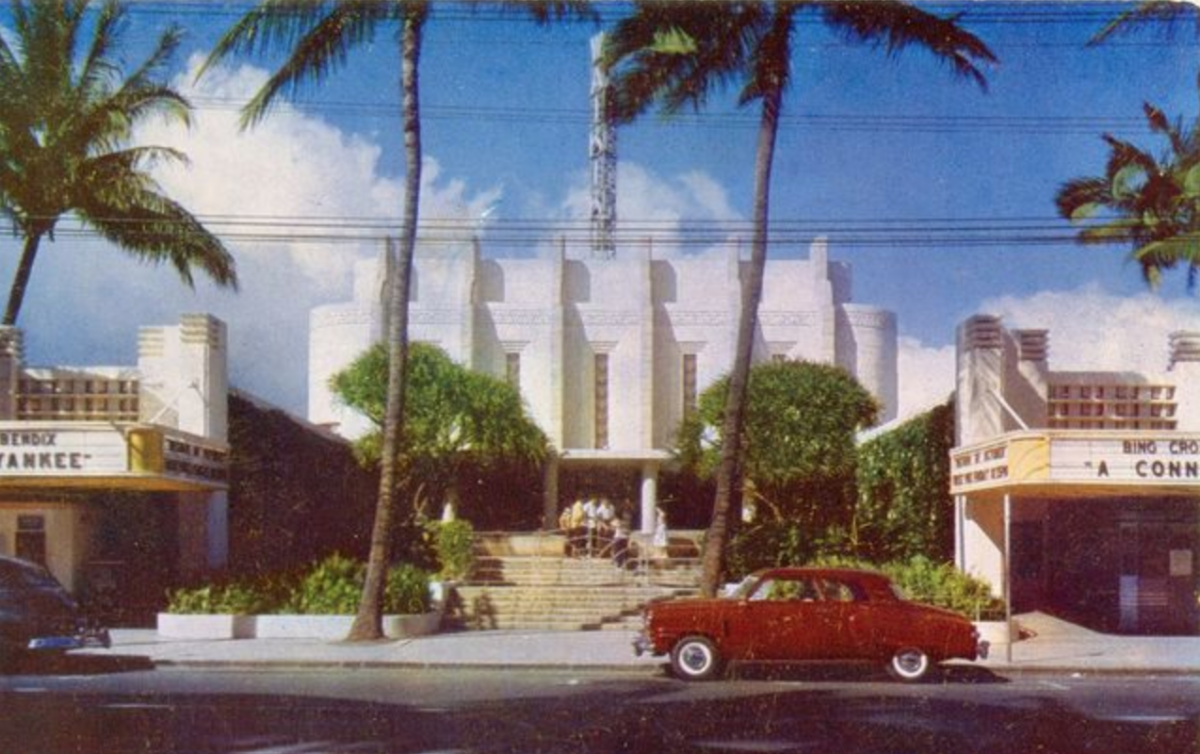 A photo of the now-demolished Waikiki Theater, built in 1936 in the unique “Tropical Moderne” style. Facing Kalakaua Avenue, the 1353-seat theatre was designed by Hawaii architect C.W. Dickey and built by the local Consolidated Amusement Company as its flagship theatre. It also featured a garden forecourt with a large fountain, an ornate lobby with wall murals and ceiling fresco. The auditorium was lined with artificial tropical vegetation, two full-size palms, a rainbow proscenium, and a corps of uniformed usherettes. Photo by Honolulu Star-Bulletin, June 6, 1968.

In recent years blockbuster movies are released left and right. With things like the Marvel Cinematic Universe, the revival of Star Wars, new movies like La La Land, and remakes like IT, and Jurassic World, but as movies get better and better, movie theater quality can’t keep up. In recent years the quality has increased with more comfortable seating, quality of sound and the quality of the picture. But some things are out of the theatres’ control, like people’s behavior.

If you go to the theatre often then you’ve been trapped with someone who uses their phone, sometimes with full brightness on. It’s the “single most annoying thing during a movie,” according to Mike Hildenbrand.

This is a problem because it’s distracting, and draws the rest of the audience out of the immersion the film has created. Another reason it’s bad is that it shows younger kids that it’s OK to do.

However, even if it is a problem it’s not as bad as you think., 19 people of different ages were surveyed if they used their phones during movies and only three said yes.

One young person who will be kept nameless said his phone is a habit he just can’t break.  “[I only use my phone] during the first half of an hour long movie. I only use it because it’s just habit. Just like in school where the rule is too turn it off, we don’t in the movie, if it rings you answer like in school. It’s just habit.”

“I use it because I can. Usually, I sit in the back so it doesn’t bother people,” said an adult who also uses their phone.

Another girl, however, was adamantly against movie-theater phone usage. “No, I’m not a filthy pig,” she said when asked if she breaks out her phone during a movie. This pretty much sums up what people who don’t use their phones think about people who do.