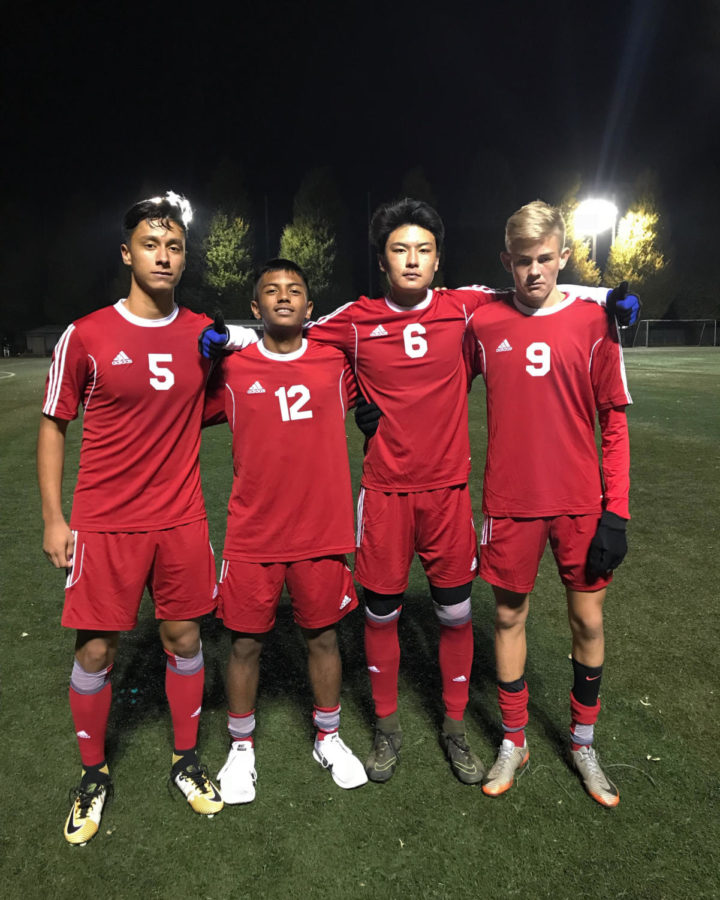 On Nov. 17 the Kalani boys soccer team went off island and traveled to Japan for a week of soccer games and new experiences. The team toured Tokyo, Osaka, and Hiroshima by bus and train. The trip was well organized and everything went smoothly.

In Tokyo, the group of young men stayed in Khaosan Hostel for three days. They played two games, lost one and tied the other. Kalani lost the first game 2-0 against highly ranked Seikei HS. The players were outmatched and barely got a foot on the ball for 90 minutes. The Japanese high school athletes were academy-level, pre-professional players. In Tokyo, Kalani also challenged Kawasaki HS and the game ended in a 0-0 draw.

Kalani’s soccer squad then walked all around Shibuya, a small city known for its shopping. The boys got a taste for Japanese stores and shops they don’t have in the islands.

“I love Bape which is a clothing store and they don’t have that here in Hawai’i so buying things there felt good,” player Jason Strambu said.

Players also got to see popular Tokyo landmarks, like the Hachiko The Dog statue outside of the Shibuya train station. The statue commemorates the famous relationship between a man and his patient, loyal dog.

“It was really an experience of a lifetime to see this place and to see a different way of life,” Claude Saunders said.

On Tuesday the boys caught the bullet train to Osaka where they stayed at another Khaosan Hostel. There, they played their last rival and won.

When they weren’t playing, they were eating and shopping around the crowded city every night, looking at everything and taking pictures of all the fun and unique things the city has to offer.

“In the night, Japan comes alive. Everybody is outside shopping and having a good time,” Kaedin Oshiro said.

The group also went to Hiroshima where they saw some of the devastating events that occurred there, learned about what happened first-hand, and heard how the city regained hope after the terrible tragedy.

On Thursday the boys played their last game against Kashiwaba HS on a pristine field at the Japan National Soccer Training Center. Sadly, they lost 5-0 but recovered quickly and took the rest of the day to do any last minute shopping.

The one day the team didn’t have a game, they practiced. In Japan, most of the fields were dirt, not grass. Many players complained. Coach Michael Ching didn’t give his team any days off.

“We’re in pre-season,” Ching explained. “Why would we have a day off when we could practice?”

On Friday, the Kalani team caught an early flight back home. Although the trip was a fun learning experience, the boys said they have one goal in mind and nothing will stop them from achieving it.

“We are going in to win States without a doubt,” team captain Marc Cabrera said.

We will see how the team does this season and definitely follow up on them later in the year! Go Falcons!