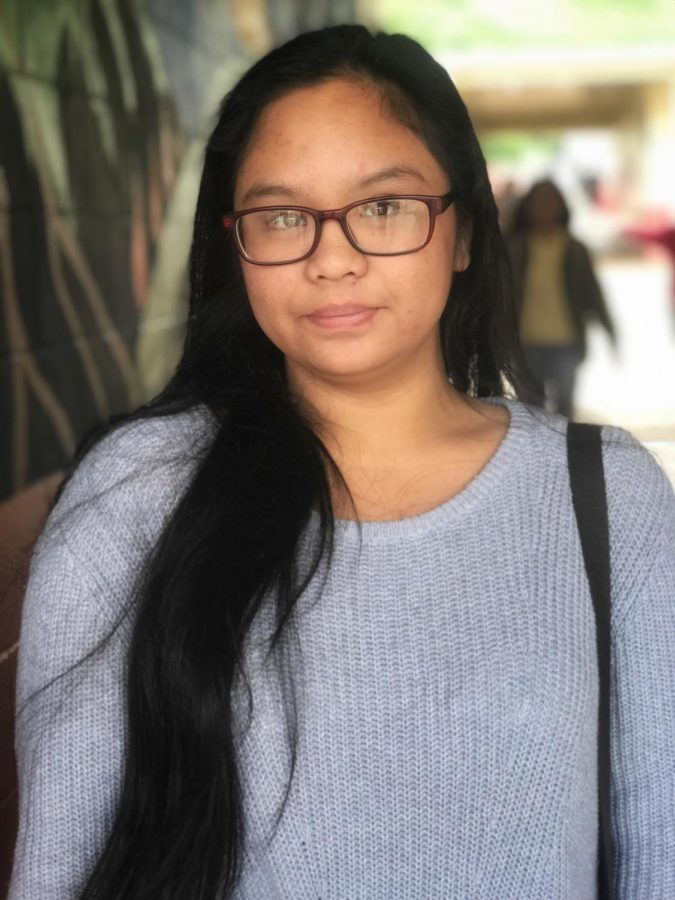 On March 13, Ka Leo staff sat down with Chelsea Agustin, one of the student organizers for the National Student Walkout planned for March 14 at 10 a.m. at Kalani High School.
KA LEO: Can you run through the schedule of events that you planned for Kalani for tomorrow?
CHELSEA AGUSTIN: I spoke with [principal] Otani and he said that admin will be ringing the bell at 9:55 so students have a five-minute passing time to get to whatever you want to go because the walkout is voluntary. At 10 a.m. in the cafeteria, we’ll be starting off with a short opening speech, followed by other students that would like to speak. As the whole event is going on, there is going to be an ongoing showcase of the countdown from 10:00 to 10:17 a.m., with each minute flashing one of the victim’s names and pictures from the Florida Parkland mass shooting.
We’ll also be having Sabrina Foley — she’s going to do a live musical performance, Imagine by John Lennon.
We made tons of posters so we encourage students to show that off. We have a poster board that will become a petition for gun reform.
Toward the end, we will have 17 seconds of silence.
We will wrap everything up at 10:17 and students need to be back in their classrooms at 10:23.
We are also having press come. We have KHON News coming to our cafeteria. There is going to be — it’s pending — but there’s a journalist from Civil Beat and we’re talking with the Star-Advertiser today.
KL: Your Instagram page said that you will have speeches and voter registration?
CA: I’m doing an opening speech. I’m just going to be going over what I’m talking about now. After my speech, I will encourage other students at Kalani to speak because we all have voices and we all have our own feelings and opinions on this issue. It would be stronger if people speak up and we will be taken more seriously as students.
Right now we’re planning on getting computers from A-13 for voter registration. This generation is going to be voting in the next new legislators so students aged 16 and up are able to register to vote.
KL: You can register to vote at 16 even though you can’t vote until you’re 18?
CA: Yes.
KL: What are your goals for the National Student Walkout tomorrow?
CA: My goal is to demand gun reform because Congress hasn’t done anything since Columbine. I feel like they don’t really care, especially after Sandy Hook and elementary students. That should’ve been a wake-up call. Students nationwide are coming together tomorrow to walk out of school for 17 minutes. We just want to bring change to the world.
I know with Hawaii, we have stricter gun laws, but in America, in general, we need to fix our system.
KL: Are you going to organize the other walkouts?
CA: There is one coming up on March 24, the March For Our Lives. I actually met up with students from our state. Our last meeting was at JABSOM [the Health Sciences Library at the University of Hawaii-Manoa] and we discussed that they’ll be having their March For Our Livs at Ala Moana Boulevard. We’ll be posting flyers up after tomorrow.
On April 20th is… I’m not sure what they’re calling it, but I know that it’s very drastic. It’s the last call for Congress to act. So if they don’t do anything, the initial plan is for students to walk out of school at 10:00 and not come back to school until they do something. Which is crazy.
KL: Are you willing to go that far?
CA: With the Department of Education, I know that it’s probably not the best idea but they’re working something out.
KL: What do you think about the idea to arm teachers?
CA: The idea that was proposed by President Trump? I don’t think it’s a good idea. Teachers, I’ve watched videos, they say that they already have so many responsibilities and I agree with them.
It’s just going to be chaotic. Especially if something does happen, say a student comes in and a teacher has a gun out — we won’t know who is the actual bad guy.
KL: Anything you’d like to add that we didn’t cover?

CA: If you’re planning on attending, we ask that you please wear orange because orange symbolizes anti-gun violence. But if you don’t have orange, we’ll have orange ribbons and bracelets that we’ll be giving out at the event.