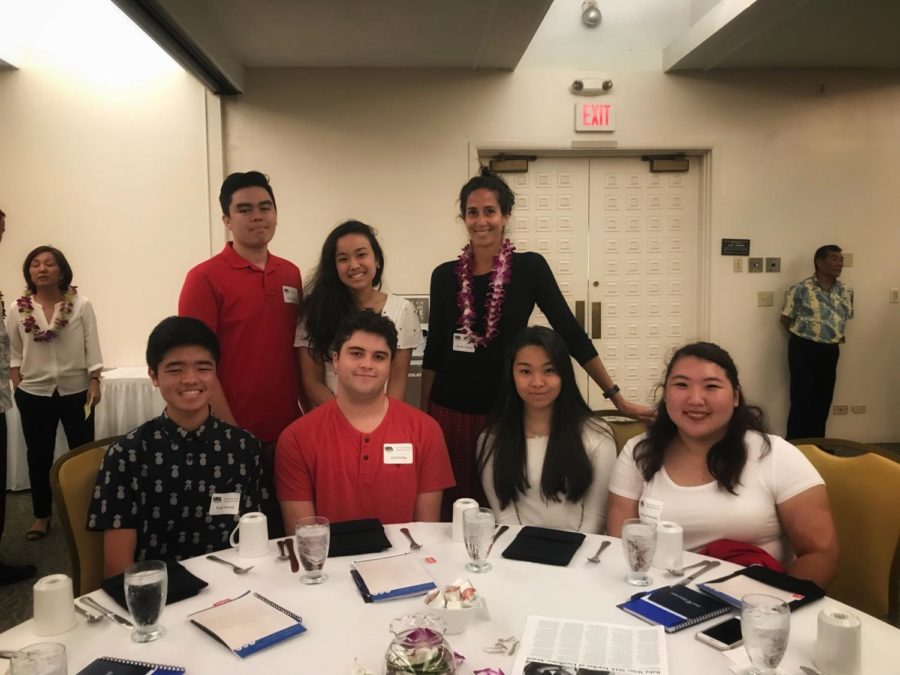 Hungry, cold, excited, and scared were a few of the emotions circulating around table 13 where six members of the Kaleo O Kalani sat representing our school at the 2018 Hawaii High School Journalism Awards on Wednesday at the Pagoda Hotel.

It has been three years since the resurrection of the school newspaper and this year the newswriting staff has worked harder than ever, coming back with nine awards.

There were 20 categories for each school Public and private schools were separately judged, then together in an overall division.

For the overall state awards within each category, Kalani placed second for both Photo and Website.

Mileka Lincoln, from Hawaii News Now, was the keynote speaker for the award ceremony. Lincoln gave an inspiring speech on the importance on journalism, branching out into other aspects of the profession, like social media, being “dressed up from the waist up”, and having a valid excuse to be nosey.