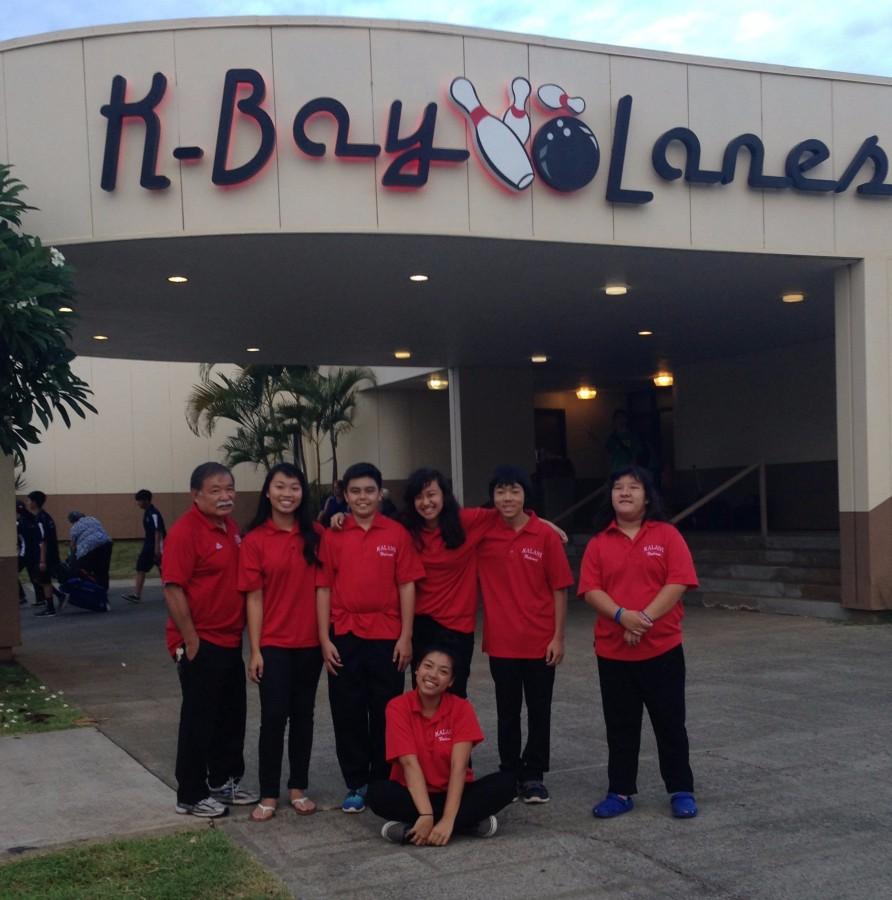 Bowling is a sport that requires mental and physical toughness. The members students of the Kalani High School bowling team have learned this throughout the season. The team consists of three boys and four girls, who all work together to keep each other motivated.

Bowling games take place every Thursday at 2:30 PM at K-Bay Lanes (for the East side). There are eight weeks during the regular season. Each week the team bowls against a new team and individually keeps track of their average score in hopes of making it to the OIA Championships and the state bowling tournament.

The bowling coach for Kalani High School is Melvin Imai. He thinks the season so far has been going well. “I think everyone has been putting out their best efforts attitude wise, and everyone is trying hard. I do think we could use more bowlers, though,” said Coach Imai. He gave reasons for why people should join bowling as well. “People should join because it’s a good recreational sport and it’s a sport where you don’t need a partner, and you can do it individually. You can bowl at any age at any time. You don’t have to belong to a team- it’s a lifetime sport that you can enjoy.”

He does, however, recognize the drawbacks and reasons why people may be hesitant to join. “We have a lack of facilities in Hawaii, and the initial expenses for starting bowling is expensive. It’s also an indoor sport, which some people don’t enjoy.”

One of the boy bowlers on the team is Dylan Shugart. When asked about the 2015-2016 season he said, “I think that the season is going well for everyone. We are all improving slowly, but overall we are having a great season.” Dylan also provided reasons why people should join bowling. “People should join bowling because you have fun with your friends and classmates. We also go against other schools and have fun in the AC, and not outside,” he said.

Kalani’s bowling team may not be very big, but it is a team that puts out their best efforts and represents the Falcons at K-Bay every week. The 2015-2016 bowling season at Kalani High School has been successful, fun and a positive experience for those involved.